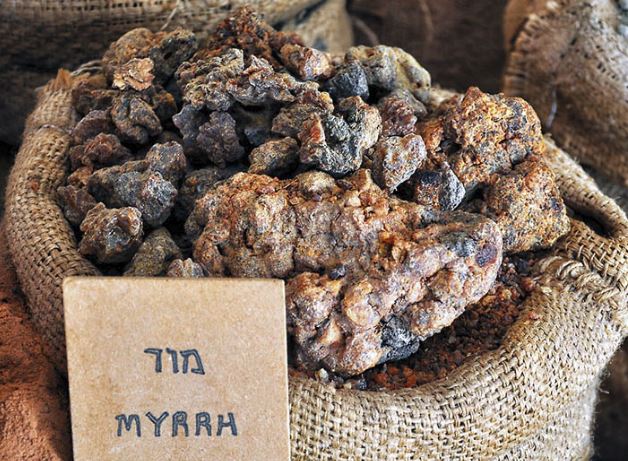 Myrrh, considered as valuable as gold in ancient times, is truly golden when it comes to its benefits and uses. But before we delve deeper, let us first find out what myrrh is and where it comes from. Myrrh is a natural resin which is obtained by cutting the bark of a tree of the species Commiphora. It is a sap-like substance and has multiple uses. In ancient times, it was not only used as medicine but also as fragrance in incense. In the modern world, it can be found as a fixative in cosmetics, for embalming, as well as a flavoring substance in various foods and beverages. Let us have a look at the way a myrrh tincture can be made and the three modern ways in which this ancient gold can be of benefit for us.

To make a myrrh tincture you of course need myrrh.  Myrrh can be bought online relatively cheaply or in some health food shops.  If possible, buy your myrrh finely ground.  If not finely ground you will have to grind it yourself.  A food processor will work great for grinding myrrh.  A tincture is simply 25% myrrh and 75% alcohol.  The alcohol should be 45% AKA 90 Proof grain alcohol (think Vodka). Brandy, scotch, or whiskey  are also acceptable solvents but make sure that they are unflavored and are at least 45% proof.

You add the myrrh to a jar that can be sealed and add the alcohol.  The myrrh needs to be kept in the alcohol for at least 4 weeks.  And the tincture needs to be shaken frequently.  Once a day would be great but minimum 3 times a week.

After the myrrh has been in the jar with the alcohol for 4 – 6 weeks, filter the alcohol in a separate container with a lid.  I like to use a coffee filter to strain the tincture.  This is your tincture that will basically never expire.  This tincture can be used for for your hair, teeth, and skin. 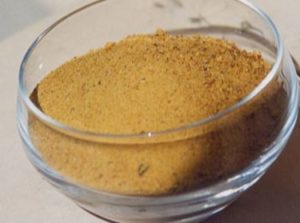 Myrrh For Nails and Hair

Ever wondered whether the cosmetics you are buying are of a good quality or not and whether it would be suitable for your skin or not? Here is a sure-shot formula: if it contains myrrh oil, it is safe to say it is of a good quality. The myrrh oil is used in cosmetics used for nails, skin and hair. Myrrh oil for nails is used to moisturize and strengthen the nails as well as the cuticles. It also makes the nails less brittle. It is used as a scalp clarifier and when combined with other oils like coconut oil, it can make the dull, frizzy hair bright and lively.

Your skin just loves the myrrh oil! Although it has numerous benefits for your skin, the chief among them is how it helps heal eczema. Eczema, as you know, is a condition where certain patches of your skin become inflamed, itchy, red, cracked, and rough which eventually develops a rash. The anti-inflammatory, antioxidant, antibacterial, and anti fungal properties of myrrh makes it the perfect essential oil to soothe your skin while it is battling a particular difficult to handle skin condition like eczema. Apart from this, its active aroma makes your activity level and alertness soar. In a nutshell, myrrh oil is safe to use for almost any kinds of skin conditions or to simply make yourself active!

Would you like to stand or talk to a person with bad breath? Of course not! What if this person is you? How would you get rid of the bad breath and once again, be a popular person at school or office? You guessed it right. The answer is using myrrh. Quickly rinse your mouth using myrrh and voila! You got rid of the bad breath! Not only that, it also helps prevent gum disease, relieves inflammation of the mouth and gums which can be caused by various diseases like gingivitis and mouth ulcers.

A Small Amount Of Myrrh Goes a Long Way

Although there are a gazillion benefits of using myrrh, one has to be really careful while using it. The usage of myrrh should be in very small quantities. If used excessively, it can cause an upset stomach and diarrhea. Sometimes, in certain conditions, it can cause heart irregularities and lowered blood pressure. It also has the potential to lower the blood-sugar levels. It can also stimulate uterine bleeding. Thus, it can be concluded that myrrh can give you maximum results when used infrequently in very small quantities under normal conditions.

3 thoughts on “The Many Uses of Myrrh Tincture”