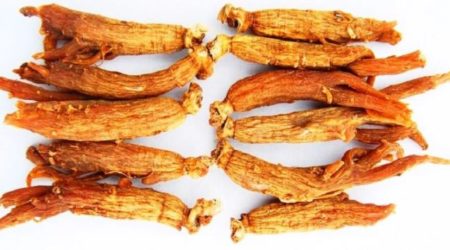 Korean Red Ginseng has a plethora of natural vitamins and minerals, which can benefit the health of men, women and children. This plant is valued all over the world, due to its medicinal traits, as well as its rarity. Ginseng is found in some parts of Asia. However, only Korean soil is conducive to growing Korean Red Ginseng, which experts allege to be its most medicinally potent form. Furthermore, the processing of the parts of this plant for medicinal usage is quite costly–it takes careful steaming and drying of the roots to bring out the beneficial properties of Korean Red Ginseng. However, you will find that the Korean Red Ginseng health benefits will not only justify, but outweigh its cost.

If you experience high levels of stress constantly, you will benefit from Korean Red Ginseng. It contains Ginsenosides, which help enhance mental performance while allowing your body to cope from mental, emotional, and physical stress. This plant component also helps relax the nervous system. Therefore, students and people working on graveyard shifts will find this plant useful. People with physically demanding jobs will also benefit from the medicinal qualities of Korean Red Ginseng. In fact, this plant is considered as a legal performance enhancer. Ginsenoside intake can lead to increased stamina, muscle coordination, and energy.

There are many more Korean Red Ginseng health benefits. Firstly, it has been known, even during ancient times, as an effective supplement for the immune system. In fact, a 2009 study shows that Korean Red Ginseng, when used in conjunction with highly active retro viral therapy (HART), may help fight off the Human Immunodeficiency Virus (HIV). Aside from this, studies have shown that Korean Red Ginseng may have anti carcinogenic properties. Various studies on the health benefits of Korean Red Ginseng show that, this plant, in powder form, can significantly reduce the likelihood of gastric cancer, and even help lessen the side effects of chemotherapy. Its vitamin and mineral content also give it detoxifying qualities. Lastly, Korean Red Ginseng can be used as a natural alternative to rheumatoid arthritis medications, which usually contain steroids.

Korean Red Ginseng health benefits have been well-documented through the course of history. It has become one of the most enduring and valuable breakthroughs in medicinal history. While it may have some side effects, with proper use, you can improve your health in different areas of your body.