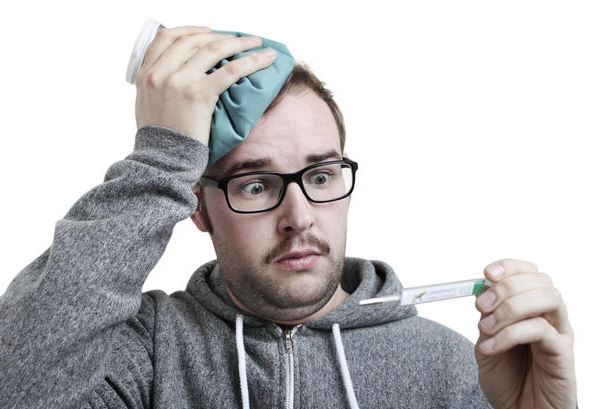 I’ve been violently sick all day after consuming an insane amount of lactose yesterday. I’ve also had a fever and have been in bed 70% of the day.

Ive also been wearing my fitbit and due to my fever and exasperation, my heart beat rate hs been at 105.
I check my fitbit app and it says I have burned 200 calories for the day but this cant be right.

I mean I do feel hungrier but I dont think I acually burned those calories whilst laying in bed.  Do you burn calories by having a fever?

You’ve been in bed 70% of the day so you’re probably burning fewer calories than usual. HR isn’t always correlated to increased calorie burn.

In general, yes a fever burns calories – the body heat you lose to the environment all ultimately comes from your metabolism, and if your body is trying to raise its temperature, it will burn extra calories purely for the sake of generating heat (either via shivering or via mitochondrial decoupling).

Of course, being in bed will burn fewer calories from reduced activity, so hard to say whether you ended up burning more or fewer in the end.

Short answer is yes. Your metabolism generally raises 7% with every 1 degree of temp increase so a fever of 102.6 would raise the metabolism 28%. Of course usually you aren’t eating as much and maybe puking so that also “assists” in weight loss (and helps with the abs).

However you usually lose fat, glycogen, muscle and water so it is not all fat, and obviously strength and performance usually drop significantly.

2 thoughts on “Do you burn calories by having a fever?”