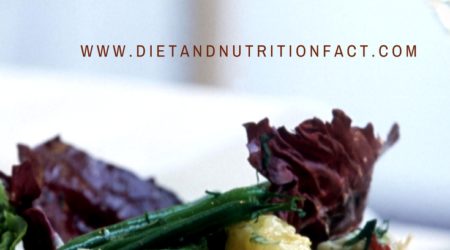 Are you looking to reduce some weight for your upcoming party or business event? Then you are almost certainly thinking about the fastest way to lose weight regardless if you keep it off. In this article we have listed some “quick fixes” to weight loss within a week or two.  These are not long term solutions! In fact, some of these diets will make you rebound heavier than when you started. Below are some of the more reputable (in our opinion) best fad diets that work fast.  If you are serious about your health you’ll need more than a fad diet.

There are some variations of the low carb diet (one of which we will look at a little later), but the original idea is similar to that of the Paleo Diet. By lowering the amount of carbs you consume, many people have been able to lose weight. The idea is that you want to eat healthy foods without eating many carbs, regardless of whether those carb-filled foods are seen as good or bad for you. Too many carbs can lead to high insulin levels, which can be tough to balance.

The Zone Diet takes the idea of controlling what you eat, and provides its followers with a different take on the low carb diet. Instead of eating just 10 percent carbohydrates, the Zone Diet asks that you take 40 percent of your calories from carbs and split the other 60 percent in half between fats and proteins. These percentages will differ slightly after you take an assessment from the Zone Diet.

If you stay in these zones, you should be able to lose up to two pounds each week, especially when you consider the low amount of calories that are suggested by the regimen. The diet, which was created by Barry Sears, suggests that women on the program should only be eating around 1,200 calories per day, with a 300 calorie increase for men. This diet takes a lot of restraint, not to mention that the calorie count might be too low for some.

The Gluten Free Diet craze did not start as a weight loss program, but as a means to combat a digestive disorder known as Celiac disease. When people with Celiac disease consume foods that contain gluten (a protein found in some grains), it irritates the lining of their small intestine and makes it difficult for their body’s to absorb nutrients. This causes them to steer clear of any foods that contain gluten (and, there are a lot of them.)

Many of the foods that contain gluten also contain a lot of carbohydrates. Bread and pasta are two of the biggest culprits of gluten, and are also high in carbs. People who are avoiding gluten often have a low-calorie intake of food (as long as they’re avoiding gluten free junk food, as well), which directly contributes to weight loss.

How much weight do you want to lose in the next two weeks? If the answer is 8-12 pounds, then you might want to check out the South Beach Diet. Obviously, this number can change depending on what your starting weight is, as those who are heavier will be able to drop the pounds at a faster rate. The South Beach Diet is not as restricting as most, since there is no calorie counting involved.

The South Beach Diet contains multiple steps, the first of which is to cut almost your entire carb intake for the first two weeks. This will help to balance out your body (and lose weight quickly) before getting back into a carb-friendly diet. The increase in carbs afterwards is up to about 25 percent, and you actually get to eat six times per day, including three full meals and a dessert.

The Atkins Diet is perhaps the most famous of all of the ‘fad diets’ on the market. High-profile celebrities like Kim Kardashian have lost a lot of weight on the diet. Atkins uses a high amount of fat and eliminates almost all carbohydrate filled foods. This allows your body to burn the fat first, so even though you’re eating a lot of it, you don’t have it sitting in your body for very long.

Just like the South Beach Diet, there are different steps to the Atkins Diet, including a dramatic drop in initial carbs all the way down to 20 each day. Even with those 20 carbs that you eat, almost all of them have to come from veggies since they are also filled with fiber. Fiber cancels out carbs, so if you see something that has 15 grams of carbs and 12 grams of fiber, you are only eating three net grams of carbs.

The heart healthy fats and vitamins that you get from the Mediterranean Diet will have your body performing at a normal level, which will allow it to burn more calories. The Mediterranean Diet was found almost the same way as the Gluten Free Diet, in the sense that it was not originally intended for weight loss. However, people who followed the diet saw great results in losing weight, as an added benefit. Fruit fans will definitely want to try this diet since almost half of it comes from fruits.

The Dietary Approaches to Stop Hypertension Diet (which is more commonly known as the DASH Diet), is another diet that will help your heart health. Followers of the DASH Diet (under medical supervision) have been able to drop their blood pressure by several points in just two weeks. The diet works by lowering the amount of sodium in your blood and increasing the blood flow in your body, a winning combination for lower blood pressure.

With an increased blood flow, not only will you have more energy, but your body will be able to process foods in a highly functional way. There are two different programs within the DASH Diet, with the regular style limiting you to 2,300 milligrams of sodium each day and another that limits you to just 1,500 milligrams. Typically, people consume approximately 3,500 milligrams of sodium each day, which goes to show you that there is a huge difference in salt intake on the DASH Diet.

There is a reason that this diet is called the Three Day Military Diet, as it’s not advised that you follow this program for more than 3 days. Why? The 3 Day Diet is very dramatic and limits your calories to a very low level. Patients that need to lose weight fast before undergoing heart surgery usually follow the 3 Day Diet, which is why it’s also known as the Cardiac Diet.

After just three days, people typically lose 10 pounds. The first day of the diet consists of just a piece of toast and half of a grapefruit for breakfast, causing many people to quit by their first lunchtime. You really have to enjoy a small amount of broiled lean meat like chicken or fish to be successful through the 3 Day Diet.

The Super Shred Diet promises to help you lose up to 20 pounds in the first month alone. Though that might sound too good to be true, a lot of people have found that success on the program. The creator of the Super Shred Diet is Dr. Ian Smith, who created the diet when many of his clients were unable to control their calories, which means that you do not have to worry too much about counting calories on this plan.

Instead of counting each calorie that you consume, you have to be mindful of how many items you are putting into your body. A lot of the foods in the program are vegetables. You can still drink alcohol, coffee and diet soda while on the Super Shred Diet, so this might be a wiser choice for those who absolutely must have their caffeine.

According to the Flat Belly Diet, you will be able to lose 15 pounds in your first month and keep off the extra weight from your midsection. A lot of the weight around your stomach right now is the cause of bloating. With this in mind, the first few days of the Flat Belly Diet will help to get rid of some of that discomfort. This initial phase only allows you to drink water and consume 1,200 calories per day in equal small meals.

After the initial phase is completed and your bloating has been reduced, you then switch to a diet that is highly concentrated in monounsaturated fats, which includes foods such as nuts and olive oil. You can still eat meat on the Flat Belly Diet, but you better have a taste for seafood as fish is a big part of the meal plan. Vegetarians will love this one, as vegetables, fruits and grains are also a huge recommendation for success.

There you have it.  Our list of fad diets that might actually have some merit.  Let us know in the comments what are the best fad diets that work fast that you have tried.