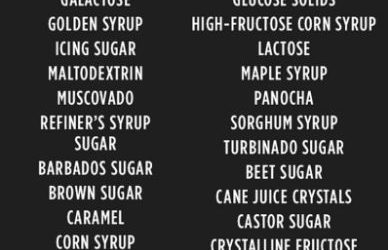 For years the processed food industry has generated a smorgasbord of made-to-order disease by removing fats in food and adding sugar. The beverage, sugar, and processed food establishments and their lobbying groups have been extremely unwilling to admit to the terrifying, ongoing side effects associated with using their sugar-laden products.

These giant conglomerates spend millions each year trying to convince you that sugar is ok.  Just in December of 2016 a “study” came out with the findings that sugar might not be all that bad for you.   Liver damage being among one of the more common side effects.

The Paper as Reported on by NPR:

“Overall, I would say the guidelines are not trustworthy,” says study author Bradley Johnston, a clinical epidemiologist at the Hospital for Sick Children in Toronto who also teaches biostatistics. Johnston reviewed the studies and methodology used to generate the guidelines. He concludes that while it’s wise for people to limit sugar consumption, there’s still a question about how much to limit.

“Sugar should certainly be limited in the diets of children and adults, no question,” he says. But he argues there’s not convincing evidence to support cutting consumption to 10 percent, or 5 percent — or any specific threshold.

“There’s a lot of uncertainty about the thresholds that appear in guidelines,” Johnston says. “What’s happening is that guideline panelists are making strong recommendations based on low-quality evidence.” (The paper reviewed nine sugar-intake guidelines from around the globe, included the WHO guideline and the Dietary Guidelines for Americans, which were updated this year.)

The paper was funded by the International Life Science Institute. The group is financially supported by food and beverage companies including McDonald’s Corp., Mars Inc., The Coca-Cola Co. and PepsiCo Inc.

There’s nothing more that I need to know about the study if it was bankrolled by Pepsi and Coca-Cola.

The U.S. Food and Drug Administration (FDA) needs food manufacturers to list all materials in their foods. But added sweets will come in many varieties – which explains why it’s so difficult to find on the elements label.2

There are in least 56 different labels for sugar outlined on food brands. Included in these are common brands, such as sucrose and high-fructose corn syrup, as well as barley malt, dextrose, rice and maltose syrup, among others.

While product product labels list total sugars content, manufacturers aren’t necessary to say whether that total includes added glucose, rendering it difficult to learn how a lot of the total originates from added sugar and exactly how much is effortlessly occurring in materials such as super fruit or milk. That means it is very hard to take into account how much added glucose we’re consuming

Also to top it off they cover sugar in every sorts of different name and by using different labels for it they use at least 56 different names specifically!