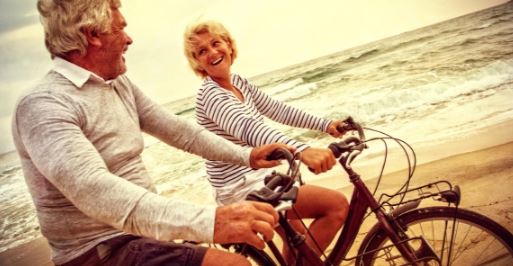 That’s no misprint. Slimming down can help prevent disease, and cutting way back on the amount you eat (a strategy called calorie restriction) may even slow the aging process. When nutrition researchers invited themselves over for dinner in kitchens across the globe — from Greece to Japan to the state of Pennsylvania — they discovered a tummy-satisfying secret to good health: Pile your plate high with vegetables and fruits, add respectable portions of beans and whole grains, and downplay high-calorie fare like cheeseburgers, cream sauces, and fatty meats.

Why? “People on Okinawa eat more food by weight than people who eat a Western-style diet,” says Bradley Willcox, MD, of the Pacific Health Research Institute in Honolulu and lead researcher of the Okinawa Longevity Study. “They eat a lot of produce and grains and smaller portions of higher-calorie, higher-fat foods. It’s the combination of high nutrition and lower calories that gives them a tremendous health advantage: Their risk for dementia, heart attacks, strokes, and cancer are among the lowest in the world.”

In another study, few rodents that ate a very low-calorie diet got cancer, and didn’t develop diabetes or obesity. “I think there’s reason to believe this is also the case in humans,” says Eric Ravussin, PhD, a professor at Pennington Biomedical Research Center in Baton Rouge, Louisiana. In his study, when people cut calories by 25 percent, they had less DNA damage than did those not on the diet. They also had lower fasting insulin levels and body temperature, both of which are linked to longevity.

How? Calorie restriction isn’t easy. You have to eat 25 to 40 percent less than usual. The more you cut, the better, but 25 percent is a good goal. So if you usually consume 1,800 calories a day, you’d have to drop to at least 1,350. The diet is low-sugar and low-fat, and the foods you eat must be nutritional powerhouses. A typical dinner: two ounces of salmon, one broccoli spear and a cup of whole-wheat spaghetti topped with five sun-dried tomatoes, three shiitake mushrooms and 1/2 cup spaghetti sauce.

Key #2: Use exercise as an anti-aging vaccine. Exercise can help you attain a better quality of life as you age. It’s no secret that physical activity tones up muscles, burns calories, and puts a happy bounce in your step. But recently, researchers uncovered a new, bonus benefit: Exercise acts as a powerful vaccine against the aging process itself. When University of Florida exercise physiologists put healthy people ages 60 to 85 on weight-training programs for six months then tested them for signs of free-radical damage, they were surprised by the results. By the end of the study, low-intensity exercisers had a drop in free-radical damage, while high-intensity exercisers had a slight increase. And a control group of nonexercisers had a whopping 13 percent rise in free-radical damage.

The message: Need more convincing? Not exercising nearly doubles your risk of a heart attack, says Robert Nied, MD, a sports medicine specialist in California. And it’s not too late to start: “People who go from no exercise to some exercise receive the biggest benefits,” Dr. Nied notes.

How? Low-intensity exercise might be the best kind to protect your heart and arteries. You don’t need to run or jog. Just walking at a brisk pace translates into major health benefits. Aim for 30 minutes a day, either in one session or in ten-minute stints, and include both resistance training and aerobic exercise.

Key #3: Find something interesting to do. Life is perpetually busy no matter what your age. But the truth is, as careers reach their later stages, as children mature, and as home-improvement ambitions are fulfilled, time usually does become more available for adults after 60. With this time comes choices. The easy one is to merely to relax: watch more TV, eat out more often, talk on the phone as much as you want.

The better choice? Discover something more meaningful to devote yourself to and pursue it wholeheartedly. Why? A growing body of scientific research shows that doing something that interests you offers big health benefits in your 50s, 60s, 70s, and beyond. An example: When psychiatrists at the University of California, San Diego, checked up on 500 adults ages 60 to 98 who were living independently, they got a pleasant surprise. By standard definitions of successful aging, which focus mostly on physical well-being, this group had plenty of challenges. Most were coping with a tough health condition such as cancer, heart disease, diabetes, and mental health problems. Just one in 10 met the usual criteria for healthy, successful aging, the researchers noted. The study volunteers, however, weren’t buying into conventional wisdom.

When they rated their own degree of successful aging on scale of 1 to 10, the average score was a very happy 8.4. “People who think they are aging well are not necessarily the healthiest individuals,” notes lead researcher Dilip Jeste, MD, chief of the university’s geriatric psychiatry division. “In fact, optimism and effective coping styles were found to be more important to successful aging than traditional measures of health and wellness.”

Key #4: Connect with friends and family. Close connections are a source of joy and offer a sturdy shield against the stress that can lead to health problems down the road. Scientific journals prove time and again that having friends around changes the biochemistry of your brain, pumping up feelings of joy and well-being that bolster immunity.

The message: When you’re alone for too long (and the definition of “too long” is different for each of us), levels of the stress hormone cortisol rise, ratcheting up your odds for heart disease, high blood pressure, depression, muddled thinking, and sleep problems.

Why? Social support, in the form of friends, family, neighbors and colleagues, can prevent the age-related spike in blood pressure that raises your risk of stroke and heart attack. Tying the knot is another anti-ager: Marriage can add about seven years to a man’s life and three to a woman’s. Prefer four-legged company? Pets can help reduce stress and lower blood pressure, and may even help heart attack survivors live longer. By stressing your mind in productive ways, you can lower your risk of mental decline. And you don’t need fancy computer programs or complicated “brain games” to do it — simple “brain calisthenics” (one neuroscientist calls then neurobics — aerobics for your brain cells) that involve new ways of doing everyday things are all it takes.
The idea behind neurobics comes from a remarkable discovery: During autopsies of 137 people with Alzheimer’s disease, researchers realized that even though these women and men had all the brain plaques and tangles of full-blown Alzheimer’s, their symptoms were much milder than they should have been. When the scientists looked further, they found a possible explanation: The patients’ brains weighed more and had more neurons than usual, suggesting that they had “cognitive reserve” — a savings account of extra pathways that allowed them to function more normally for far longer.

What’s more exciting? People who use their brains more often — on the job and at play — seem to possess these brain-saving reserves. And they believe that stressing the brain in ways similar to the way we stress muscles during exercise can produce similar benefits: a stronger, fitter, more flexible brain.

Resveratrol, an ingredient in red wine, seems to have powerful anti-aging effects. Research suggests that it offers the same life-lengthening benefits as calorie restriction — without the hunger pangs. A caveat: The doses that have been shown to be effective are many times higher than what would be safe or smart to get in alcohol form. A pill is in development, but until it’s available, sipping a little Merlot with your dinner isn’t a bad idea.

There’s no magic bullet for us yet, but our grandchildren may be around a lot longer, thanks to these high-tech life lengtheners in the works: